Where Do Coffee Beans Come From? Full Process From A To Z Explained

You are not a certified coffee lover if you do not know where coffee beans come from. But for those who don’t know, there are different kinds of coffee plants that grow in different parts of the world.

This article will be answering what you probably have in mind: Where do these coffee beans come from?

A coffee bean plant is where coffee beans come from. It falls under the type of shrub or bush and looks like a grapevine or berry bush in appearance. A coffee tree can grow anywhere between five to eight feet while a coffee bush grows up to three to four feet tall, depending on the variety and whether you intend to grow it as an indoor coffee bean plant or an outdoor tree.

The leaves are vibrant, dark green, and have waxy textures. There are also times when the colors turn into a hint of purple or yellow.

If you love visiting artisan coffee shops, you are most likely drinking Arabica, as Arabica plants are the preferred bean plant in the coffee industry. There are dozens of Arabica varieties globally, and these can only be grown in places with the best growing conditions (2). These areas are referred to as the coffee belt.

This is where the high-quality coffee beans are harvested and are later on brewed and sold at expensive prices because of their flavor and quality.

Bourbon, which is grown in South America, is the best among dozens of Arabica varieties. No wonder it is called the pinot noir of coffee. One of its popular brews is the Maple Bourbon Coffee, which consists of whipping cream, maple syrup, vanilla, and brown sugar.

Arabica is the go-to choice for both hardcore and recreational coffee drinkers, as it pleases the taste buds better than other varieties. This is mainly because the Arabica plants only grow at higher elevations and take a longer harvest time for the flavor to fully develop.

How long does it take for an Arabica coffee plant to grow?

Arabica can grow between three to six feet. It is a shrubby plant that has white blossoms, which are responsible for producing the coffee fruit. The blossoms are called cherries, which are similar to cranberries in both size and color.

Farmers harvest these cherries from October to January annually. However, Arabica cherries ripen at different times, so the growers have to pick the ones that are ready for picking first and come back later to the same plant to see if the rest are ready for harvest.

During harvest, the farmers only pick ripe cherries and avoid the greenish, unripe ones that produce bitter coffee no matter how well you roast the beans.

Robusta is the second variety and the lesser-known coffee plant. Unlike the Arabica coffee plant, which has dozens of varieties, the Robusta only has two. These include C. c. robusta and C. c. nganda, which originated from the Coffea canephora plant.

Robusta has a higher caffeine content and lesser sugar than the Arabica coffee beans, making it stronger in flavor.

While it does only have two varieties, it produces heaps of cherries at the same time. It makes up forty percent of the world’s coffee production.

So, where are these coffee beans grown?

The harvest area for these coffee beans is in Africa and Indonesia, however, Vietnam is the largest single producer of Robusta coffee beans.

Instant coffee is commonly made out of Robusta beans as well as espresso blends. If you plan on making Robusta coffee for a change, then you can use it to brew espresso to bring out the best of the coffee beans. One of the common misconnections in the Espresso vs. Drip Coffee argument is the caffeine content per serving. Check out the Espresso vs. drip coffee review to learn more.

How long does it take for a Robusta coffee plant to grow?

Robusta is easier to grow than Arabica because of its resilience to weather conditions. The plant can survive temperatures at 30°C plus. However, the coffee plant needs to be watered frequently to keep it alive and growing.

Like how it can withstand hot temperatures, it can also grow in low altitudes at six-hundred meters sea level. It is easy to raise because the Robusta plant is insect and disease-resistant.

The Robusta plants can grow up to ten meters high when left in the wild. Farmers often trim the trees to make it easier for harvesting, especially when it is for commercial use. Due to the frequent trimming, it can only grow at five meters tall.

When the Robusta ripens, the cherries turn red, which often takes between six to eight months. Similar to the Arabica coffee plant, it does not ripen simultaneously, so there are ripe and unripe cherries on one branch.

Robusta coffee has to be cross-pollinated for the coffee plant to blossom. It needs to be pollinated by an herb that has a different hereditary composition. Meanwhile, Arabica self-pollinates.

A Robusta tree can produce fruit within two years while the Arabica plant needs four years to produce cherries.

Caffeine is not the only contributing factor to the taste of both varieties. Chlorogenic acid (CGA) also plays a role. Robusta has 10% CGA content while Arabica only has 5.5-8%. Robusta is known for its earthy and grainy taste while Robusta has a burnt rubber flavor.

The Robusta plant can withstand the direct exposure of the sun. Due to its high CGA content, pests and diseases are unable to affect Robusta more than it would affect Arabica plants.

You get more production per hectare in Robusta than you would in Arabica.

So, where do coffee beans come from?

And, we also know that Arabica is more popular in the market. But the choice for the better coffee actually all boils down to personal preference.

So, if you like really strong coffee, Robusta is a perfect choice. If you like to savor the flavor, you should opt for Arabica.

Wondering which country drink the most coffee? I have list down the top 25 coffee consuming countries in the world in my other article. 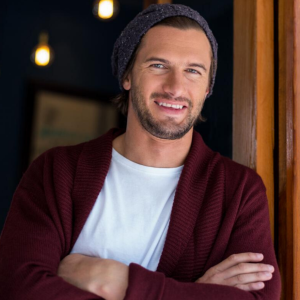