If you’re asked to list down the beverages that have had a huge impact in the world, the good ol’ cup of Joe will certainly be included. Throughout the years, coffee has been an essential part of people’s day-to-day lives.

How many people drink coffee? Statistics (1) say that throughout the world, 151 million bags of coffee are consumed every year.

Famous coffee brands, such as Starbucks and Dunkin Donuts, are huge names in the coffee scene, and they all originated in the United States. However, you’d probably be surprised to know that in terms of coffee consumption, the Americans are not on the top of the list.

Which country drinks the most coffee? In this article, we will list down the top coffee consuming countries in the world. We will look at caffeine consumption statistics by country and determine why these countries love their caffeine boost so much.

Let’s get right into it. Which countries drink the most coffee? Here is a chart showing the top 25 in terms of coffee consumption per capita by country :

Scandinavia: A Giant in Coffee Consumption

When you look at the list of countries that drink the most coffee in the world, you will notice that Scandinavian countries are right at the top. 5 out of the first 6 countries on the list come from the Nordic region. That is no surprise considering how long winters can get in Northern Europe. Let’s look at each country one by one and identify what makes them such coffee lovers.

The infographic (2) above shows the coffee consumption by country in the region. Through their data, it can be seen that Nordics are really huge coffee fans. For Scandinavians, coffee is not just a beverage—it is culture.

Yes, Finland is in the top 10 coffee consuming countries, but how much do they actually consume that makes them number 1?

Finns consume 12 kg per capita per year (3). Don’t be surprised if a Finn told you that they consume 10+ cups a day because that is just normal in the country. 10 cups? That’s a lot of coffee!

They just love their coffee so much that breaks are actually given to workers just for drinking coffee. Cups of coffee, which are usually made from light roast beans, are always served to guests during meetings and gatherings. Most of the time, they are also served with cake. Coffee or Khavi, as Finns call it, truly is a part of the country’s culture and identity.

On average, Norwegians consume about 9.9 kg of coffee per capita. Coffee consumption statistics by country tell that 9 out of 10 adults in Norway drink coffee. Also, most Norwegians own coffee machines at their homes, which just shows that the beverage is a staple drink in the country.

You will find a lot of coffee shops in Oslo, but local coffee chains are also present in other cities in Norway. Kaffe, as Norwegians call it, is usually served black in the morning and served with dessert come dinner time. When it comes to coffee, Norway also gets creative. They also mix it with alcohol, resulting in coffee-based cocktails like karsk.

Iceland’s local coffee industry is so rich, that you won’t find any Starbucks in the country (4). What you’ll find is a good number of local coffee shops, and the quality of their coffee is just superb.

Danish people consume an average of 8.7 kg per capita and sip their caffeine boost every single meal of the day—sometimes more than that.

Danes love to have their coffee with cookies, cakes, sandwiches, or any other snack. Denmark also ranks high in other areas when it comes to coffee, as their coffee is the 6th most expensive in the world. Danish coffee can cost a krone, but will not disappoint you with the quality.

Sweden’s coffee consumption is one of the highest in the world, and they consider coffee not just a beverage, but a way of life. Swedes have a concept called fika, which means “to have coffee”. Fika pertains to any gathering or event where coffee drinking is involved. During fika, coffee is often paired with different kinds of pastries.

The Rest of the World

Out of all the continents in the world, Europe is the biggest consumer of coffee. Based on this 2020 map (5), you will notice that European countries consume more kg per capita per year than other nations.

The Netherlands, for example, is a huge coffee-drinking nation. An average Dutch consumes an average of 1.84 cups per day, and it is often served for Koffietijid or coffee time. Like other countries on this list, the Dutch often serve coffee with cookies or cakes.

Switzerland considers coffee as their go-to social beverage. Most coffee drinks in this country are espresso-based, and one of the most famous variations is the caffé crema, an Americano-like drink that originated in the country itself.

Belgium is very often associated with beers, waffles, and chocolates, but did you know that the country also has rich coffee culture? An average Belgian consumes 1.35 cups of coffee per day, and they are often served with – you guessed it right, waffles!

Luxembourg may be one of the smallest countries in Europe, but their coffee consumption game is one of the strongest worldwide. In its capital, Luxembourg City, drip coffee is popular. Also, Luxembourgers love espresso-based coffee.

Russian Milk, a Latte-like drink is one of the most famous variations of coffee in Luxembourg and is unique to the country. When you go to Luxembourg, you should also try Café Gourmand, an espresso beverage that originated from France.

Aside from the countries mentioned, a lot of other European countries are considered huge coffee-consuming nations. Countries like Bosnia and Herzegovina, Slovenia, France, and Spain also consume a lot of coffee.

Taking the number 10 spot on our list is a country outside Europe. Canadians love coffee. One of the most popular coffee brands of coffee, Tim Hortons, originated from the country. Although the brand established numerous coffee shops across the nation, there are still a lot of local coffee houses in the country.

With a coffee consumption per capita of 6.5 kg, Canada consumes a great amount of coffee. In fact, coffee has been named as the most consumed beverage (6) by Canadian adults. An average Canadian adult consumes around 3 cups per day. To keep themselves cozy in cold weather, Canadians love to drink their caffeine boost both at home and in shops.

USA and the good ol’ cup of joe

As mentioned, probably many would be shocked that the U.S. is not the most coffee drinking country. The country has produced the most popular coffee companies and chains in the world. Starbucks, McCafe, Dunkin Donuts, Seattle’s Best—you name it.

With all of these coffee companies and brands, how much coffee does the U.S. actually consume?

On our list, the U.S. is ranked number 25 in the world in terms of coffee consumption, with 4.2 kg per capita per year. An average American drinks almost 2 cups of coffee per day. In fact, 64% of Americans (7) 18 or older drink coffee every day, and 79% of them drink coffee at home.

In terms of coffee consumption, you will notice that Asian countries are not as big as in European countries. However, Asia has been an emerging market for the coffee industry.

According to the International Coffee Organization (2018), the growth in coffee consumption in South and East Asian countries has been greater than that of the other regions in the world. Between 1992 and 2017, South and East Asia had an average annual growth rate of 6%, while the rest of the world had 2%.

Who pays the most for coffee?

Now that we have talked about the largest coffee consuming countries, let’s identify which nations pay the most for their morning (or all day) brew. The International Coffee Organization (8) states that the United Kingdom spends the most on a pound of coffee in 2018 with $18.4/lb. This was followed by Malta ($15.15/lb) and Italy ($8.12/lb).

Which countries have the most Starbucks branches?

Whether you’re a coffee fan or not, you would agree that Starbucks is the biggest coffee brand worldwide. Over the years, the company has played a huge role in the world’s coffee consumption.

According to The Telegraph, the top 10 countries with the most Starbucks branches per capita, include:

There you have it, everything that you have to know about the most coffee consuming countries in the world. After all the information that we covered, it is not difficult to see that the whole world is a huge coffee consumer, and the Nordics are on the top of the list.

In terms of coffee consumption by country, there are nations that are already huge and there are countries that are emerging. At the end of the day, coffee has been a huge part of people’s day-to-day lives and will continue to be for the generations to come.

Are you a certified coffee lover?  Know where do coffee beans come from; then, you will know the answer.

Check out the automatic drip coffee makers in my other article!

I’m James, a self-professed coffee enthusiast in pursuit of finding the perfect daily brew and likes to live by the motto ‘Just brew it”.

Espresso vs Drip Coffee: Which Brewing…

How To Clean Your Bunn Coffee… 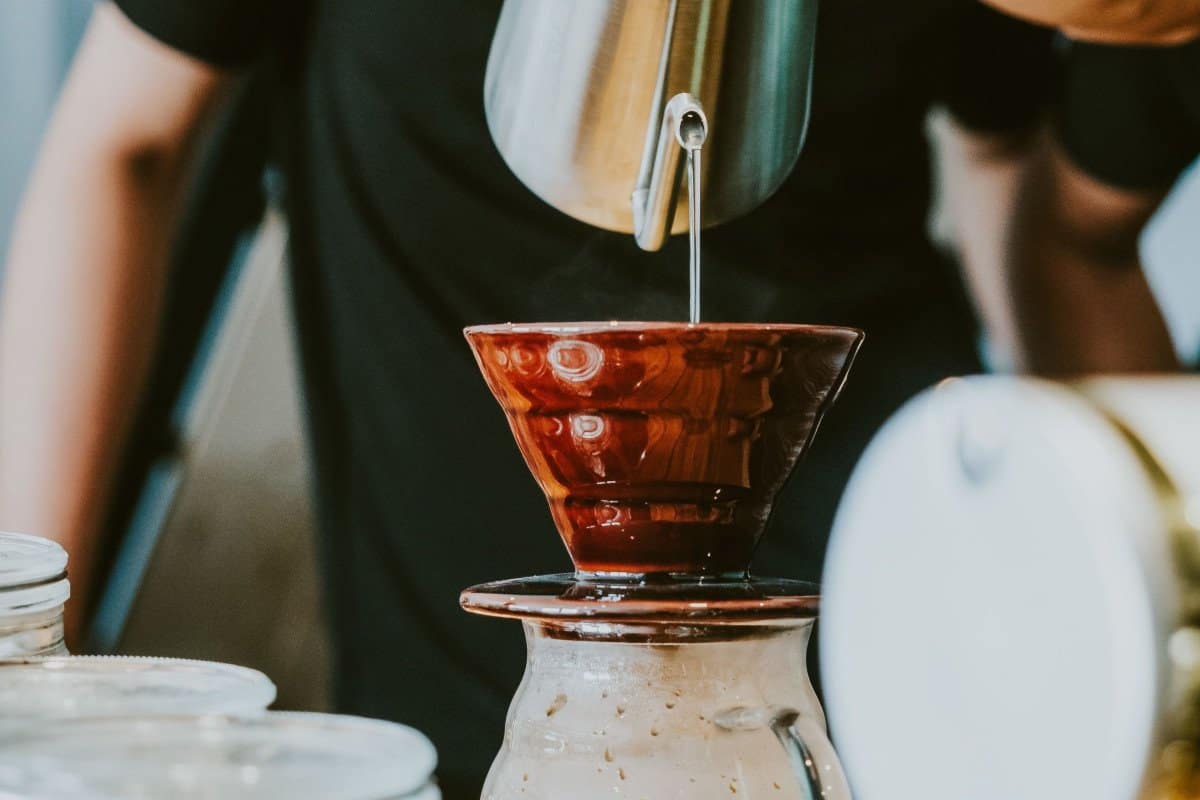 Pour Overs vs. Drip Coffee: Which…

15 Ways To Make Your Coffee…