Nearly every coffee lover who relishes the idea of staying at home would always imagine a more relaxed atmosphere – slow-paced and solitary. However, there are occasions wherein anyone would end up bringing their work at home and this quasi-domestic labor might even involve a dozen colleagues. Such is the plight of a team who is catching up on deadlines.

Even if coffee-drinking would not turn out to be a purely laid-back and luxurious activity, it should not always be a stressful one. A machine like Ninja 12 Cup Programmable Coffee Brewer CE201 is built for such no-nonsense task of ‘serving plenty at a manageably fast pace.’

If you have to judge this machine based on first impressions, the Ninja 12 Cup Programmable Coffee Maker does not have the blinged-out aesthetics that dazzle buyers. One can say that its overall construction leans more towards the ‘useful’ rather than the ‘attractive.’

This coffee maker can be described as rigid. For many people, this visual adjective is pretty much synonymous with reliable. From its top view, however, this machine embodies the perfect combination of a smooth sphere and compact polygon.

One of the most peculiar aspects of this machine’s design is its overall size. For one thing, its overall dimensions span 8.7×9.9×14.6 inches. It is important to take note that the biggest number describes the height. This machine might tip over – or worse, fall off the counter – with enough force (e.g. a curious hyperactive cat). It would be best to place it in between two immovable objects.

Despite its size, the Ninja 12 Cup Programmable Coffee Brewer CE201 is surprisingly light. It only weighs 6.48 pounds. You might be inclined to wonder whether or not it really is as durable (for long-term use) as it seems.

Due to the relatively simple design of this machine, you can pretty much imagine how easy it was for manufacturers to build it from stainless steel and plastic. The control panel is pretty much hewn from the same material that is used on all Ninja coffee makers such as its successors like the CM301/CM307 or the CM401/CM407.

A significant portion of the metallic components is concentrated on the body of the brewer chamber that houses the brew basket. It is important to mention that this part of the machine is also the most significant strictly in terms of proportions.

Any popular Ninja CE201 review being circulated online delves into the ‘mid-brew pause’ button if the topic zeroes in on practical common-sense safety. As per the 2015 survey by the American Burn Association (ABA), an estimated 376,950 cases of scald burns are associated with household appliances [1]. The mid-brew pause button helps prevent you from becoming another statistic.

This coffee maker already includes the permanent gold-tone filter and a scoop (integrated with the machine). Compared to its successors, you will not see a great number of extra items thrown into the single purchased unit. I am, however, inclined to put the carafe at the center stage for this part of the Ninja CE201 review.

As implied by the product name, this machine seems to handle the largest coffee volume by comparison among other Ninja models. If you have to serve 12 cups at a time, it only makes sense to have a 60-ounce capacity flask and a relatively colossal brewer pouring the rich black brew inside it.

The Ninja 12 Cup Programmable Coffee Brewer CE201 completes its brewing cycle in 12 to 15 minutes. For some people, this specific detail seems to imply poor performance. However, it is important to understand that this slow duration is somehow credited for its renowned quality.

Speaking of which, this coffee maker is very much lauded for its quality. You can choose between Classic and Rich brewing styles – but the latter is very strongly recommended. Due to its slow brewing time, the coffee grounds are being thoroughly infused. Hence, the balance of heat and flavor persists down to the last 12th cup.

Curiously, however, its overall goodness is not solely credited to its efficient brewer.

Again, the Ninja 12 Cup Programmable Coffee Maker makes great use of its carafe. Apart from the impressive volume capacity, the glass flask also has a special flavor straw inside sticking from the top lid. The warming plate is also very precise in its time programming that you can adjust its duration up to 4 hours.

The flavor straw helps circulate both the heat and concentration thoroughly, which serves as the final phase of ensuring its overall superior while the coffee is being brewed.

Since it is one of the earliest models in Ninja’s roster, this machine also requires a ‘simple’ straightforward approach when operating it. For the most part, the controls are transparent. Everything you need in order to make the machine work pretty much has a button for it. Nonetheless, you will still have to be very attentive with the beeps and illuminations.

This coffee maker has a removable water reservoir. This makes refilling very convenient since you can safely size up the content right under the flowing tap. It is a shame that other machines do not have this basic handiness feature.

Anyone who owns a standard coffee maker would know how to clean the carafe and reservoir. The descaling cycle takes a little longer than the brewing duration. But 25 or 35 minutes is not a long time by comparison. Luckily, all the removable parts are safe in the dishwasher.  Before wiping away the messy residue, you must wait for the warming plate cool down. Keeps the machine and your fingers safe from damage and burns, respectively.

Shark Ninja Operating LLC [2] was founded in 2015 as a successful transition of a seasoned company called Euro-Pro, a Canadian manufacturer of home cleaning appliances since 1993. This major shift of focus from the living room to kitchen devices brought an enormous positive change.

The makers of the Ninja 12 Cup Programmable Coffee Maker excel in terms of product excellence and their customer service certainly is catching up. Consumer Affairs gave this company 3 out of 5 stars based on the recent 170 reviews published on their website. You can contact this brand at 1-877-646-5288 for product assistance and/or warranty claims.

If there is one positive aspect that trumps over others for choosing the Ninja 12 Cup Programmable Coffee Brewer CE201, it is the fact that this unit is extremely cheap. In fact, machines like the Keurig Duo 12-Cup and OXO Brew 9 Cup are nearly twice more expensive than its conservative selling price. It also comes with a 1-year limited warranty [3] so you (probably) could never get a more cost-efficient deal than this merchandise.

A number of Ninja CE201 Coffee Maker reviews online are keen on pointing out how this machine tends to leak from certain areas – namely the carafe spout and the reservoir. In some cases, the glass flask tends to have a problematic lid. Opening it would be dangerous while it is still hot. Other than that, some flaws are superficial by comparison (e.g. looks too boring).

It is obvious that aesthetics and versatility are not the factors that help make this coffee maker a viable product. As mentioned several times before, this machine is built for simplicity and convenience in terms of serving quality brewed coffee to a crowd.

Hence, the Ninja 12 Cup Programmable Coffee Maker is most suitable for those who are either fond of inviting guests for overtime home-based teamwork or a cozy social gathering. It is also a practical choice for those who are running a hostel or living with many fellow household members.

Anyone who prefers convenience and utility over sophistication can never go wrong with this coffee maker. Not only does it make first-rate rich brew; this luxury comes at a price that is not hostile for average-earning buyers. It deserves a total rating of 4.2/5 as a fitting conclusion for this Ninja CE201 review.

Where to buy the Ninja 12 Cup Programmable Coffe Maker?

You can purchase the Ninja 12 Cup Programmable Coffee Maker from its main website. It is also available in Amazon, Walmart, and other online retailers.

All the plastic parts of the Ninja Programmable Coffee Maker are BPA-free and it is safe to use for consuming beverages.

All removable parts of the Ninja Programmable Coffee Maker CE201 are dishwasher safe. The carafe can be cleansed at the top rack.

I’m James, a self-professed coffee enthusiast in pursuit of finding the perfect daily brew and likes to live by the motto ‘Just brew it”. 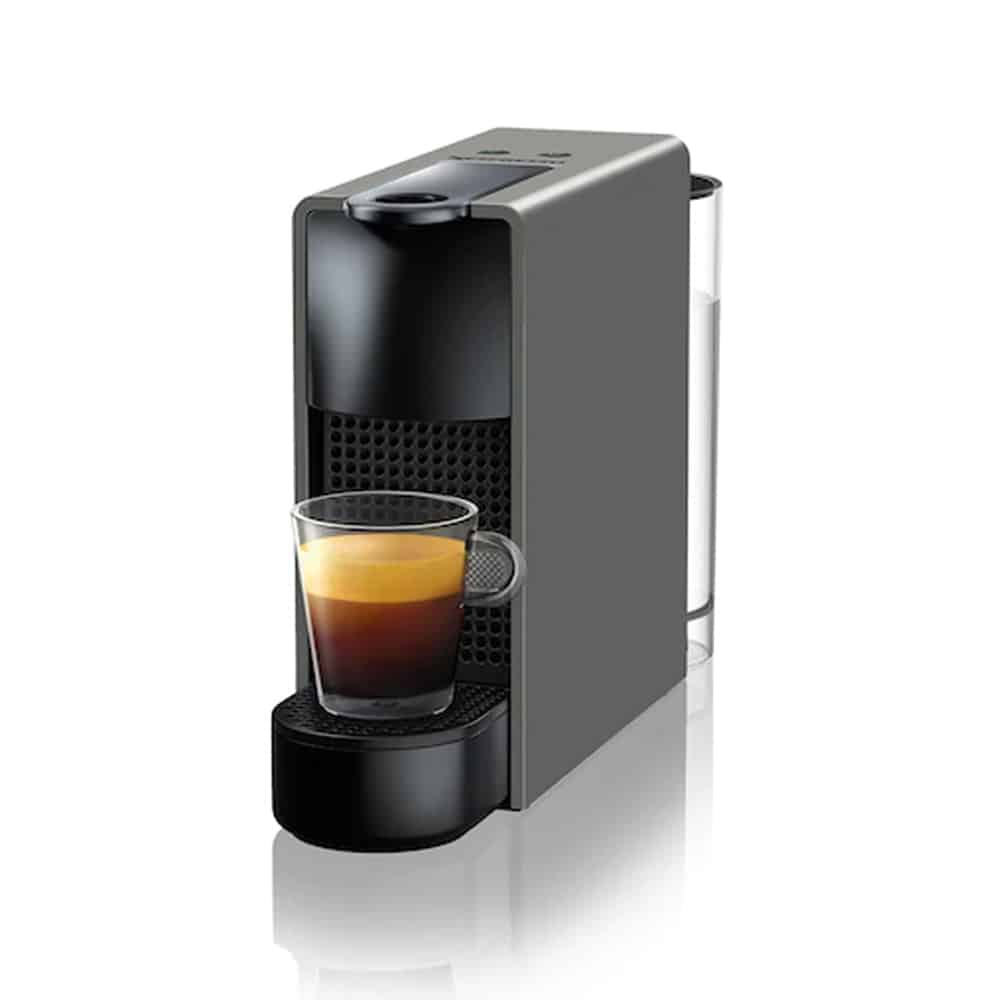